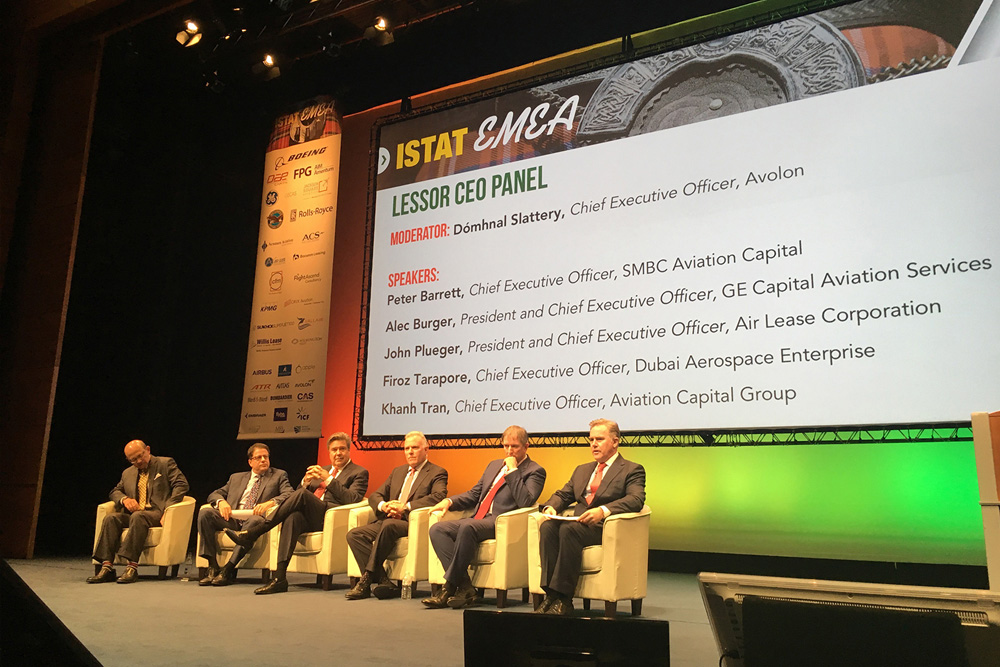 Speculative widebody orders have proved contentious for a panel of lessors at ISTAT EMEA in Edinburgh.

Asked whether his company would contemplate such orders in the current market, Firoz Tarapore, CEO of DAE Capital, said: “We would not. Our capital position in our organisation just cannot support the capital you would have to commit to make a speculative widebody order. On the other hand, we would be thinking about a disproportionately large narrowbody order as we’re the only one in the top tier that hasn’t got a secured, committed growth plan.”

He adds that the lessor might consider widebodies in three years’ time, but not while it focuses on growing in the single aisle market.

John Plueger, CEO of ALC, disagrees, believing the reward of such an order may outweigh the risk.

“Going forward, we believe that we can continue to get a good risk-reward despite some concerns about the Middle Eastern carriers pushing back and deferrals etc. We actually see that, possibly, as more of an opportunity for us.”

Plueger says that lease rate factors for new widebodies have been “pretty stable”. He cautions that the market for the largest twin-aisle jets – the 777X and A350-1000 – is less certain.

“There has been very little order activity and I don’t have a lot of data on them. With the real explosion of point-to-point travel in the long-haul market away from hubs, it starts to look initially that maybe the largest twins are hard pressed, so we’ve not made that jump yet with the 777X and we have a very small number of A350-1000s. That’s the one segment of the market that we’re not really convinced about yet.”

“My take on this is going to change, but if I look at it today, the order book is heavily skewed towards narrowbodies. We have 10 787s and the rest are A320s or 737s. At the moment, when we look at supply and demand characteristics, we’re very comfortable with that position.”

Despite this, Burger acknowledges that the outlook for the widebody market can change, and that GECAS is opportunistic when it comes to ordering aircraft.

“However, I don’t see our view changing dramatically over the next 18-24 months,” he adds. “So for the moment it’s probably mainly narrowbodies.”